Nick Castagno is a boy growing up in Trenton, New Jersey in the 60s and early 70s. While navigating the gritty streets of his working class neighborhood and the hallowed linoleum halls of his Catholic school, mined with priests and nuns, he nurtures a dream of becoming a great artist.  At times funny, and at other times poignant and lyrical, “Grant Avenue” follows Nick from the age of six through his first semester at Rutgers University. From the opening story, “Around the Dinner Table”, in which young Nick is confronted with his father’s strange notion of discipline through “My Summer of Insanity” whereupon Nick finds himself working at a state hospital, struggling to distinguish the sane from the insane, to the final story, “This Street of Woe and an Artist at Last” in which Nick finally comes to grips with his childhood, his family and the legacy of Grant Avenue, the book resonates as a vivid portrayal of childhood and family.

Nick Castagno has left Grant Avenue to try to become, “the artist I always imagined.” Right away, he meets and falls hard for Minna, who quickly becomes his lover, muse and model. A coming of age story that encompasses the struggles Nick must face reconciling his love for Minna with his desire to be an artist in late twentieth century America, Venus Rising follows Nick and Minna from the campus of Rutgers University to Philadelphia, New York, London, Paris and back again to Philadelphia as they search for their place in the world. 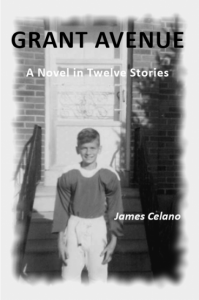